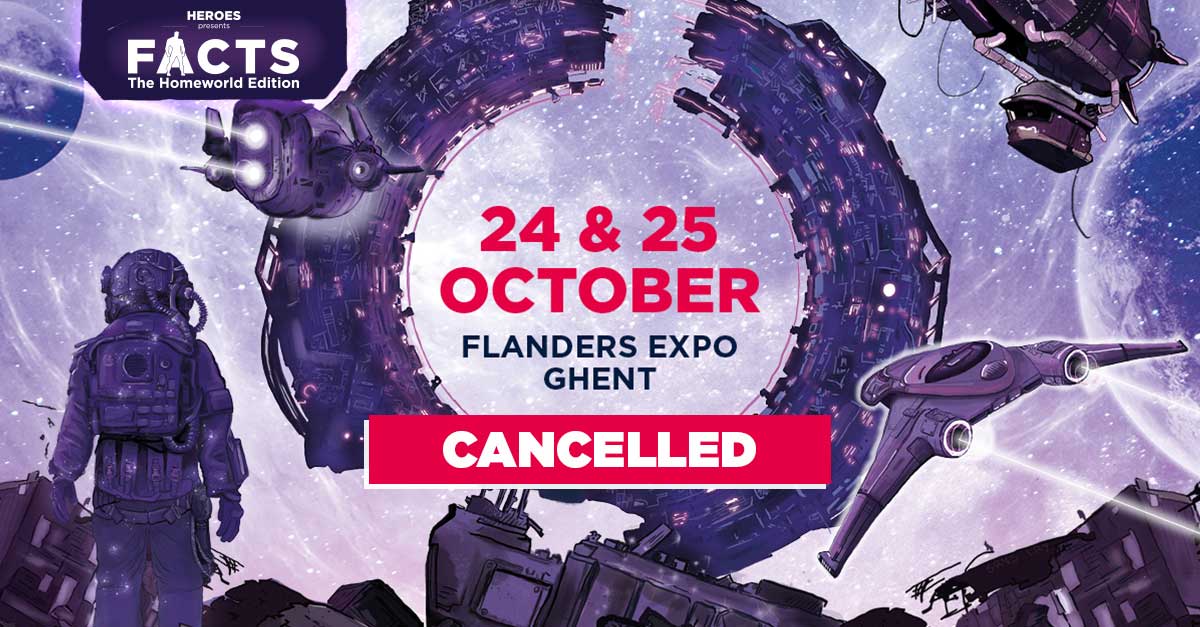 It is with a heavy heart that we have to inform you that FACTS: The Homeworld Edition, on October 24-25 in Flanders Expo Ghent, has been cancelled.

We would like to describe the situation with a Spider-Man quote: “No one can win every battle, but no man should fall without a struggle.” The FACTS team has fought hard at every level, but is confronted with an unavoidable reality in the end.

After the green light of the national and local authorities, the FACTS team immediately and enthusiastically started working on the exciting ‘Homeworld Edition’. In no time, we had a whole list of interesting guests and cool activities on the schedule, along with a deliberate and thorough corona measure plan. Everything was looking exceptionally well.

Everything, except for a crucial ingredient: the exhibitors, the beating heart of FACTS.

Most exhibitors appear to be unable to visit Flanders Expo. 75% of the exhibitors come from abroad and find themselves limited by increasingly severe travel restrictions issued by the Foreign Affairs department and by the mandatory quarantine before or after the FACTS participation, which is detrimental for vendors in economic terms. All exhibitors were looking forward to have another comic con after such a long time, but despite all these efforts and preparations, we have to face the fact that there simply wouldn’t have been enough vendors present for the Homeworld Edition.

This decision is hard on us, especially since we received a lot of messages and signals that so many of you were looking forward to seeing the magical gates of FACTS burst open again and to stepping through the portal to our universe with all your friends, Avengers: Endgame-style.

Those of you who have chosen to transfer their tickets for FACTS to the Homeworld Edition, will be contacted in the coming days for a refund.

Take care of yourselves and your loved ones. We conclude this message with one last Spider-Man quote: “No matter how buried it gets, promise me that you will hold on to hope and keep it alive. We have to be greater than what we suffer.”

We hope to see you soon,