Actor Asa Butterfield, aka Otis in Netflix’ Sex Education, is coming to FACTS in Ghent! 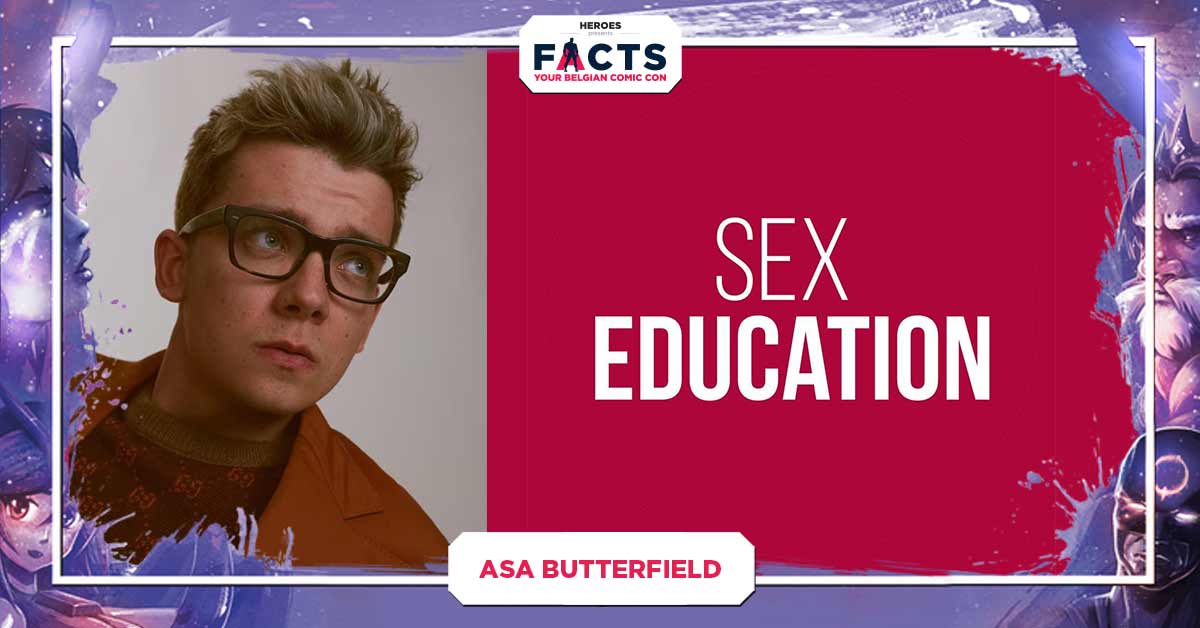 Come and get your
SCORE YOUR FACTS TICKETS!

Asa Butterfield has been seen shining in many movies and series so far, but his most recent and perhaps even biggest rise to stardom is Netflix’ Sex Education (2019-2020). In that series, he portrays protagonist Otis Milburn, a highschool student who sets up an underground sex therapy clinic. This series also features ex-FACTS guest Gillian Anderson, who portrays Otis’s mother. This series is an international hit (Belgium’s 4th best watched Netflix title in 2019!) and its second season just premiered on January 17th, 2020.

Also in more recent productions, he shined as Calvin in Then Came You alongside Game of Thrones star Maisie Williams, as Jake in Miss Peregrine’s Home for Peculiar Children, as Ender Wiggin in the space action movie Ender’s Game, as Mars-born teenager Gardner Elliot in the romantic comedy The Space Between Us, as Second Lieutenant Raleigh in the World War I movie Journey’s End and much, much more. Needless to say, he’s mastered quite a few genres already.

In his early childhood, he was Hugo Cabret in Martin Scorsese’s fantasy movie Hugo, the German child Bruno the Holocaust drama The Boy in the Striped Pajamas, Norman Green in Nanny McPhee and the Big Bang, and Mordred in the popular fantasy show Merlin, to name just a few.

If you add it all up, he has acted alongside an impressive amount of top-tier actors, but never in their shadow. The success of all of the above is just as much the result of Asa Butterfield’s stellar performances.